Next fight for MMA fighter Rany Saadeh coming up soon

The next fight for PhuketTopTeam’s MMA fighter Rany Saadeh coming up on Saturday 25th April 2015. At just 21 years old Rany is the current BAMMA champion and one of the fastest rising Flyweight fighters in the world. Rany is looking to defend his title & once again make a claim for a ufc contract. Now he is preparing for the fight at MMA training camp in Phuket. 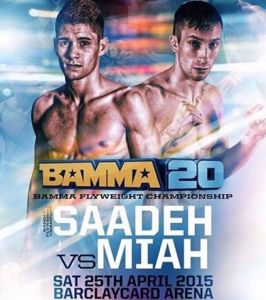