The first tournament this year will be held at the sacred Chinese/Thai temple in Chalong on January 8th 2016 – registration is open now!
Featuring Thai Buddhist drumming, dragon dancing & set alongside the amazing Temple.
The kumite rules allow competitors to wear gi, nogi compressions, sambo Kurkta or any choice of competition wear.
Competitors from all over the world & 1 black belt super fight for viewers & competitors to enjoy. 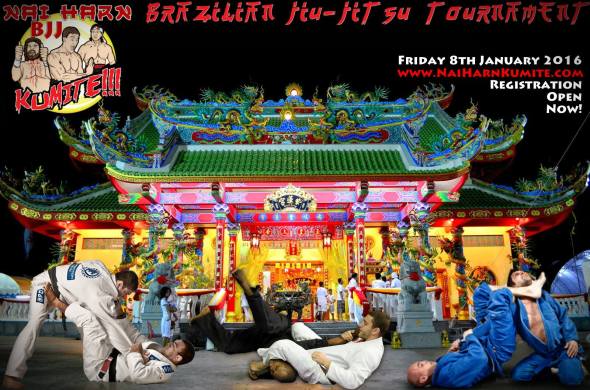 This entry was posted on December 21, 2015 by mumukaya. It was filed under Uncategorized .