UFC legend Rashad Evans at Phuket Top Team MMA training camp in Phuket through August working on his Muay Thai & getting some wrestling time on the mats.
1x UFC LHW Champion
TUF season 2 champion
2x UFC Knockout of the night
2x UFC Fight Of The Night
1x 2008 KO of the year Vs Chuck Liddell
An honor to have Rashad in at PTT. 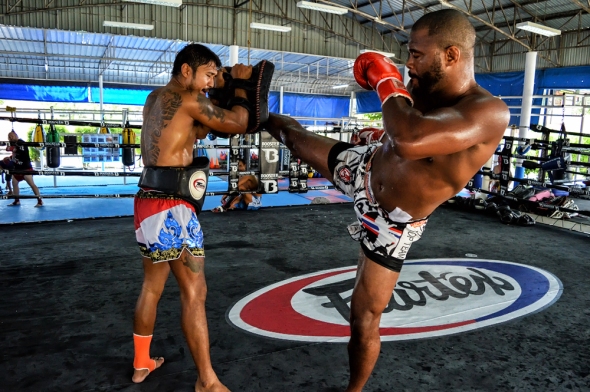 This entry was posted on August 6, 2016 by mumukaya. It was filed under Uncategorized .