Big up’s to Matt “The Viper” Vaile on retaining his XFC welterweight title. In an all out war Matt Vaile took the win Vs a very tough David Francis.
In 2017 Matt joined the pro fight team at PTT MMA training camp Thailand & has been on a tear.
Now 8-1 (7 wins via finish) riding a 3 fight win streak, with only a decision loss to his name. This XFC champion is pushing to be the next New Zealand signed UFC fighter. 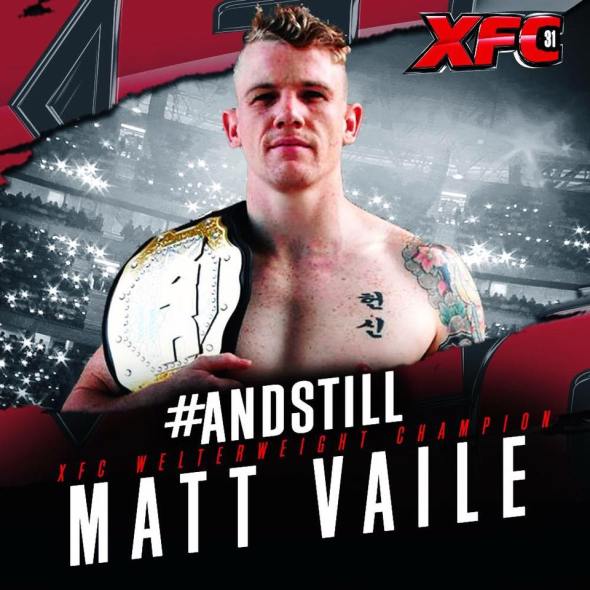 This entry was posted on August 21, 2017 by mumukaya. It was filed under Uncategorized .